Well, it’s not only because they are fresh, sweet and so rich in healthy nutrients to be considered a “wonder fruit”. Or because they are cultivated worldwide with well over 10 million tons produced globally. Not even because their export revenues provide a livelihood for thousands of people, especially in Asia and Latin America.

It’s also because they have a really fascinating story to tell.

A story about a devastating virus which back in the 90s reduced the Hawaiian papaya crop by 50 percent. And about a local university scientist who came up with a brilliant idea to eradicate the disease.

Inserting a gene from the virus into the papaya as a sort of built-in vaccine.

How genius is that?

Nothing else had worked before. Crop rotation, classical breeding to develop resistant papaya cultivars, or even infecting papayas with a mild strain of the virus to help them fight against more virulent strains.

After 50 years of farmers pulling out trees to slow the spread of the disease,  this “plant vaccine” could be the final solution to the problem.

But there’s just one little detail: papayas have to be genetically modified to be “vaccinated”.

Plants “vaccinated”? What does that even mean?

Well, imagine you are a papaya. And suddenly many other papayas around you start dying from a viral infection transmitted by an insect bite.

Your  first thought would be getting a vaccine to protect yourself from the virus, right?

But remember you are a plant. And unfortunately, you don’t have an evolved and sophisticated immune system. You don’t produce antibodies. Nor do you have specialized cells that roam your stems allowing an enhanced immune response in case you get infected.   So you just sit and wait for an aphid, this small green pear-shaped insect, to bite you and pass you some of the viruses it just sucked from the papaya sitting next to you.

It takes literally seconds to get the viruses into the healthy papaya stream, because they cannot live inside the aphid any longer than that. In fact, they only use the stingy insect as a vector to jump from one papaya to the next.

Let me introduce the villain of the story properly.
Ringspot virus it is called. You guessed right, the eye-shaped patches it leaves on the fruit skin give it the name.

This virus is so deadly, that if a plant becomes infected at a young age it won’t develop a crop.  And if it already had fruits, these will be poor quality and develop ringspots and bumps on the skin. 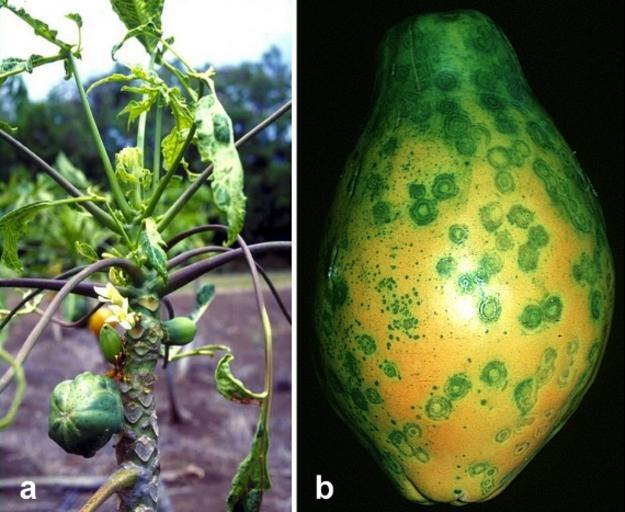 But what if the plant could  get vaccinated somehow?

Not like we do, through the injection of inactivated genetically engineered viruses that can still provide us with immunity, although they lack the infectious genes.

But by transferring to the papaya genome some harmless genes, like those of the viral coat, which will elicit a sort of “immune response” from the papaya plant.

The resulting genetically modified papayas would no longer be susceptible to infection, allowing farmers to cultivate them even when the virus is widespread.

Well, the good news is that the  papaya “vaccine” was developed — and it worked like charm. The engineered viral coat proteins inserted into the papaya genome could interfere with those of the virus itself during infection, preventing its disassembly and replication. And the presence of these viral proteins in the fruit didn’t pose any risk, as people had been eating infected papayas containing entire infectious particles for years. Moreover, plant viruses are not able to replicate in vertebrates, so there’s no possibility of  human infection.

the Success of GMO Papaya

It’s already been more than 15 years since the GE papaya were first introduced to the market. .Since then, they’ve managed to save the livelihoods of small papaya farmers across Asia and Latin America. They’ve reduced pesticide use, as farmers no longer have to control the aphids that spread the virus. And they’ve saved acres of virgin forest where farmers had started to grow papaya orchards in an attempt to escape the disease. 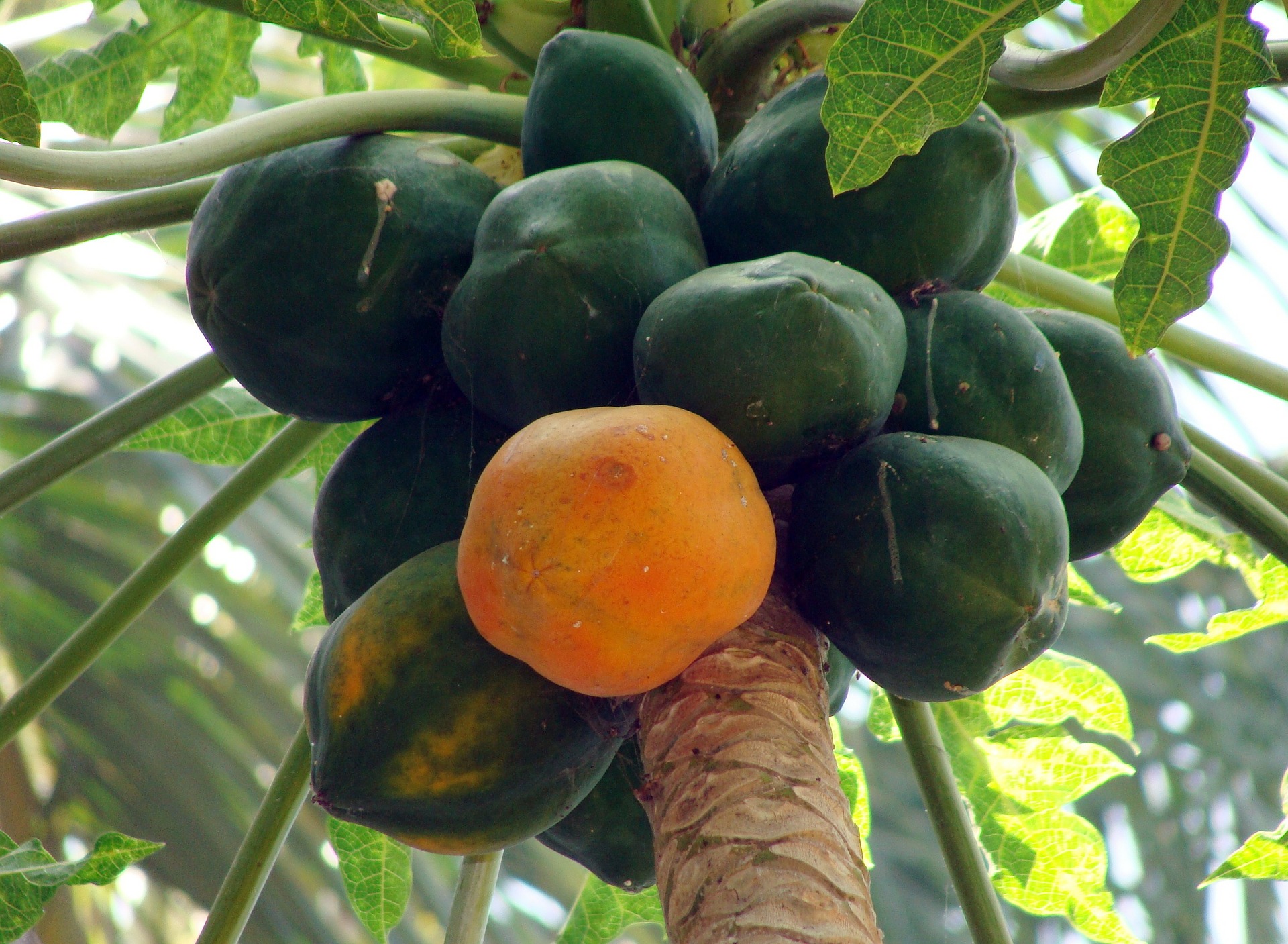 Still, the new GMO papaya is not without controversy.

Soon  concerns over the environmental risk of the GMO papaya orchards started to grow.The viral spread of dangerous rhetoric and misleading statements forced Dennis Gonsalves, the university scientist who developed the resistant papaya, to destroy some of his experimental fields.

As it that weren’t enough, a group of Greenpeace vandals tore up an entire GE papaya orchard in Thailand. They claimed the technology had devastated farmers in Hawaii — just that the devastating had been the virus, not the cure.

In any case, that doesn’t seem very peaceful to me.

Did they even know, at the very act of destruction of those farmers’ work and main income, what the mysterious genetic danger of the immunized papayas was?

What if they ever got to read science and discovered that we are safely immunized with vaccines developed thanks to GMO technology?

I wonder if there are any limits to the outrageous mistakes that ignorance can justify.