You might have heard that a vast majority of American consumers support the mandatory labeling of foods containing genetically modified ingredients.

This tendency,  observed repeatedly in surveys and polls, is confirmed once again in a recent study by economists Brandon McFadden and Jayson Lusk in the Federation of American Societies for Experimental Biology Journal.

But this study is adding a new striking piece of information.

You might want to find a chair before reading further.

Over 80 percent of respondents, about the same number of people in favor of labeling GMO foods, would also want to have labels on any food containing DNA.

Yes. You have heard right — DNA. The primordial building block of life on Earth, which would be found in just about all foods.

According to the same study, 33 percent of participants considered that non-GM tomatoes “did not contain genes” and 32 percent answered that “vegetables did not have DNA”. Yes, that strong is the power of misconceptions.

As Ilya Somin notes when writing about this study at the Washington Post, labels indicating the presence of DNA in food wouldn’t make any sense. He jokes about the absurdity of such labels imagining how they could look like:

“WARNING: This product contains deoxyribonucleic acid (DNA).
The Surgeon General has determined that DNA is linked
to a variety of diseases in both animals and humans.” 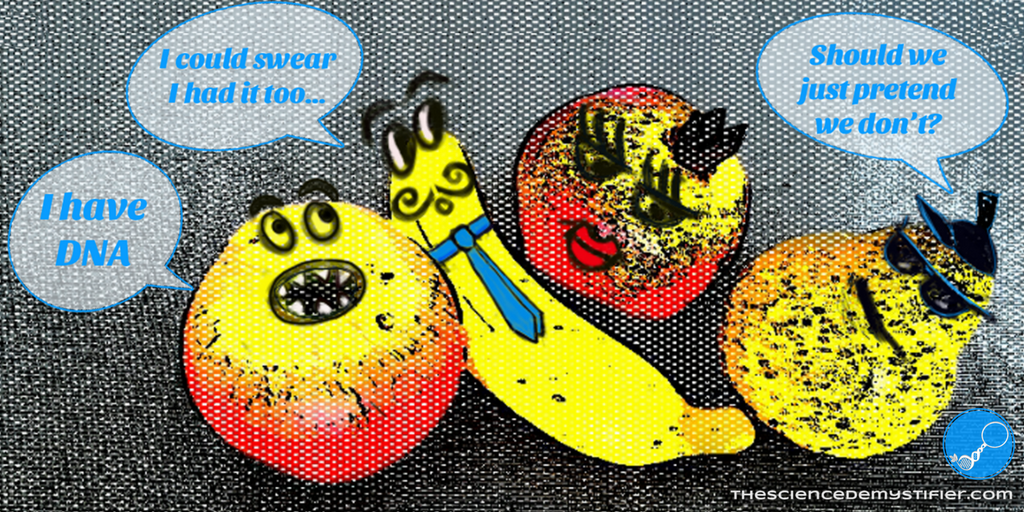 Of course, we don’t need labels to warn us about the presence of DNA in food. This information is free as opposed to any labels providing it, whose costs are just passed down to consumers.

But culture’s blind reverence for things that are “natural“ can actually blind people’s choices despite what science can teach us.  If we stop and think about it, DNA is probably among the most natural ingredients in our foods. Yet, the sole presence of those three letters is enough to trigger disapproval or even fear.

One can argue that the question about DNA labeling came in a long list of questions regarding the safety of food. And that this might influence people generally in favor of protective policies, used to the idea that GMO food involves DNA.

But guess what — not even this latter assumption is always true. Most of the refined ingredients made from GM crops— take high fructose corn syrup for example —  don’t carry DNA, at all. The level of processing in syrups, flours, and oils obtained from GMO varieties is so high that there is not even DNA left there to consider. They don’t carry genetic material, they don’t carry insect-resistant proteins, they don’t carry genes. In fact, as Dr. Margaret Smith, a Cornell University scientist, said in an interview to NCPR, “corn syrup is sugar and water. That’s all that’s in there. There’s no protein, there’s no DNA. So you can measure the chemistry of corn syrup from a genetically engineered variety, and the corn syrup from a non-genetically engineered variety, and they will be identical.”

DNA in food: the power of misconceptions

The fact that people worry about the presence of DNA in food, even when it is not even there anymore, shows once more how misleading scientific preconceptions can be. DNA is, was and will hopefully continue to be present in our foods. It is just one more of the many biomolecules found in fresh produce before it becomes processed. DNA, proteins, carbohydrates, lipids or vitamins, are all different types of nutritious chemistry that we transform into energy through digestion. And they are all, and always, organic. Because the real and true definition of organic is “molecules containing carbon”.   DNA itself is just a series of five-carbon sugars, decorated with a phosphate group and a nitrogen containing base. Sugars that are building  the well-known “dowel-like’ structures that hold the  DNA strand together. No matter whether GM or non-GM, DNA is chemically always the same.

Rather than the public’s knowledge of science, the real lesson that this study on surveys is teaching us is that polling does not always reflect what people really think.

And that from a poll to an actual vote there is not always such a long way.